By Mark Paul, Dollar & Sense | News Analysis
Last month, Donald Trump signed an executive order to advance approval of the Keystone and Dakota Access oil pipelines. This should come as no surprise, as Trump continues to fill his administration with climate deniers, ranging from the negligent choice of Rick Perry as energy secretary to Scott Pruitt as the new head of the Environmental Protection Agency. Pruitt, a man who stated last year that "scientists continue to disagree" on humans role in climate change may very well take the "Protection" out of the EPA, despite a majority of Americans -- including a majority of Republicans -- wanting the EPA's power to be maintained or strengthened.
As environmental economists, my colleague Anders Fremstad and I were concerned. We crunched the numbers on the Dakota Access Pipeline (DAPL). The verdict? Annual emissions associated with the oil pumped through the pipeline will impose a $4.6 billion burden on current and future generations.
First and foremost, the debate about DAPL should be about tribal rights and the right to clean water. Under the Obama administration, that seemed to carry some clout. Caving to pressure from protesters and an unprecedented gathering of more than a hundred tribes, Obama did indeed halt the DAPL, if only for a time. Under Trump and his crony capitalism mentality, the fight over the pipeline appears to be about corporate profits over tribal rights. Following Trump's Executive Order to advance the pipeline, the Army Corps of Engineers has been ordered to approve the final easement to allow Energy Transfer Partners to complete the pipeline. The Standing Rock Sioux have vowed to take legal action against the decision.
While the pipeline was originally scheduled to cross the Missouri River closer to Bismarck, authorities decided there was too much risk associated with locating the pipeline near the capital's drinking water. They decided instead to follow the same rationale used by Lawrence Summers, then the chief economist of the World Bank, elucidated in an infamous memo stating "the economic logic of dumping a load of toxic waste in the lowest-wage country is impeccable and we should face up to that." That same logic holds for the low wage counties and towns in the United States. The link between environmental quality and economic inequality is clear -- corporations pollute on the poor, the weak, and the vulnerable; in other words, those with the least resources to stand up for their right to a clean and safe environment.
In 1994, President Bill Clinton signed Executive Order 12898, which ordered federal agencies to identify and rectify "disproportionately high and adverse human health or environmental effects of its programs, policies, and activities on minority populations and low-income populations." Despite this landmark victory, pollution patterns and health disparities associated with exposure to environmental hazards by race, ethnicity, and income remain prevalent. Researchers at the Political Economy Research Institute (PERI) released a report identifying the toxic 100 top corporate air and water polluters across the country, finding the 'logic' of dumping on the poor and racial and ethnic minorities persists.
We do not accept this logic, and nor should any branch of the US government. As the Federal Water and Pollution Control Act makes clear, water quality should "protect the public health." Period. Clean water and clean air should not be something Americans need to purchase, rather they should be rights guaranteed to all. The Water Protectors know that and are fighting to ensure their right to clean water, a right already enshrined in law, is protected.
The Numbers
The Dakota Access Pipeline is a bad deal for America, and should be resisted. Our findings indicate that the burden of pollution associated with oil passing through the pipeline amounts to $4.6 billion a year -- a number none of us should accept. This was arrived at using conservative estimates, and numbers provided by Energy Transfer Partners and the EPA.
Please continue this article here: http://www.truth-out.org/news/item/39454-the-dakota-access-pipeline-doesn-t-make-economic-sense
Posted by Molly Strong at 9:50 PM

Email ThisBlogThis!Share to TwitterShare to FacebookShare to Pinterest
Labels: Economy, Exposing Political and Social Shadows, For the Children, Our Earth Mother, Speaking the Truth, Spirituality, Visions of a World That Works For All, We Are All Connected 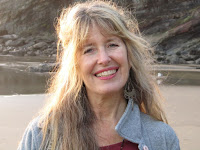 I am passionate about being a part of a revolution in caring and kindness. I am passionate about peace, beauty, joy, compassion, love, laughter, truth, healing, and growing in consciousness. My personal experience has been that as I have embraced, healed, and opened my heart, I have discovered the sacredness in myself and all life. It is my belief that the ripples of the strong and sacred heart energy in us all is what will awaken and heal our world.

I took this photo when His Holiness spoke in Portland before 20,000 people in May 2001

With Judith Duerk, author of "Circle of Stones"

With my husband Ron and our sweet Shira 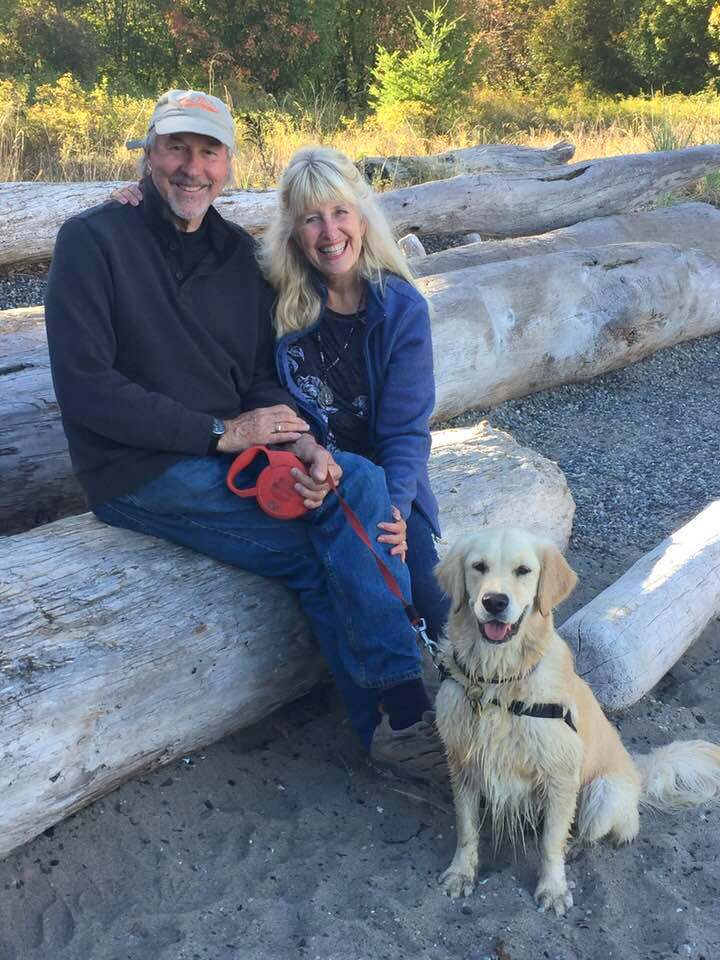 A lovely moment together on Lopez Island in the San Juans. 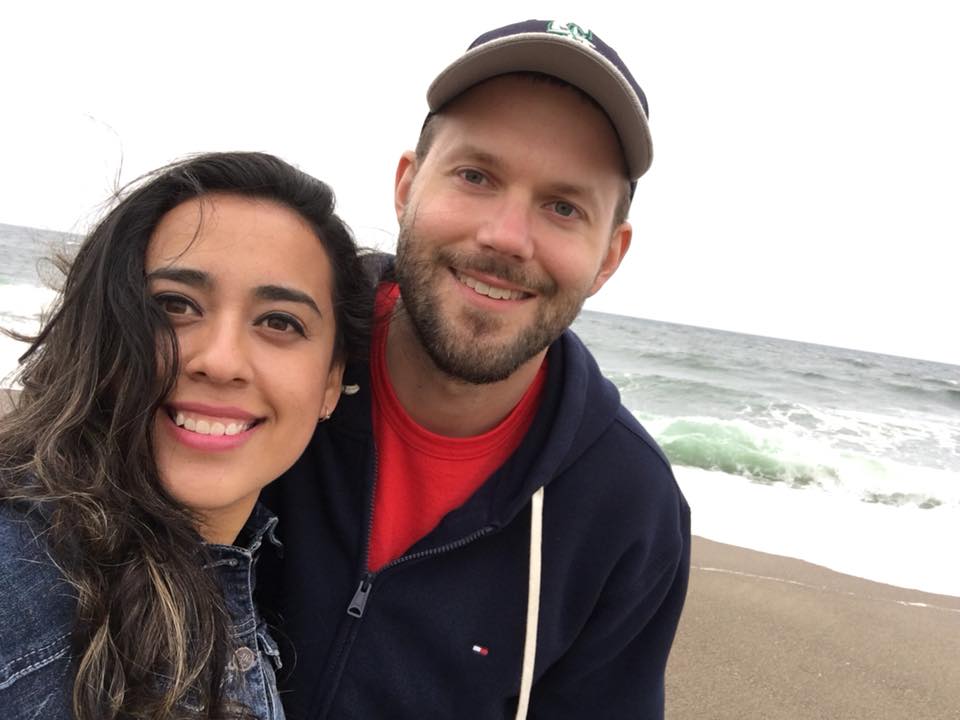 Matthew and his beautiful wife Rubí

Our beautiful family in Victoria, BC 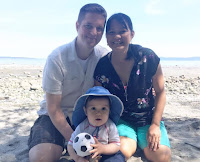 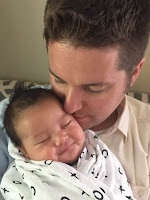 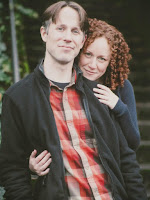 Our oldest son and lovely daughter-in-law

I love being Grammie!

With Brian, Marita, and Oliver, who is now 4 and granddaughter Eleanor is 2. ❤

Our lovely step-daughter Allison and family 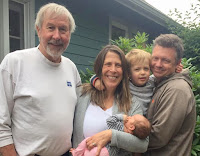 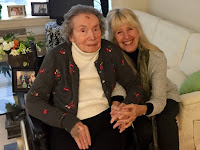 The gifts that have come since my mother's move here in May 2013 and the successful treatment of her severe mental illness have been beyond my wildest dreams. ❤

With Amy Goodman of Democracy Now!, Portland, OR 2017 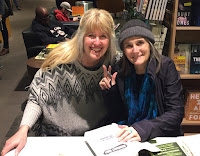 Among the most courageous, non-partisan, and amazing investigative journalists. Amy is my hero and a national and international treasure. ❤ 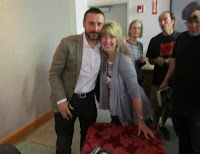 Jeremy is another one of my heroes. ❤

I took this photo when Barack Obama spoke before 75,000 people on May 18, 2008 - before so many hopes were dashed and illusions revealed.

A favorite wilderness trail I enjoy with my retrievers, one of which is tiny next to towering trees...

The Strawberry Mountains of Eastern Oregon

A favorite place to camp...

"Heart of the Mother"

"Tell me, what is it you plan to do with your one, wild and precious life?" ~ Mary Oliver

"Joy comes not through possession or ownership but through a wise and loving heart... Weigh the true advantages of forgiveness and resentment to the heart. Then choose." ~ Jack Kornfield

All beings tremble before violence. All fear death. All love life. See yourself in others. Then whom can you hurt? What harm can you do? ~ The Buddha

The World is my country, all mankind are my brethren, and to do good is my religion. ~ Thomas Paine

One does not become enlightened by imagining figures of light, but by making the darkness conscious. ~ Carl Jung

America will never be destroyed from the outside. If we falter and loose our freedoms, it will be because we destroyed ourselves. ~ Abraham Lincoln

During times of universal deceit, telling the truth is revolutionary. ~ George Orwell

No people can be both ignorant and free. ~ Thomas Jefferson
Our lives begin to end the day we become silent about things that matter. ~ Martin Luther King, Jr.

In our time, when high technology guided by values such as conquest, exploitation, and domination threaten our very survival, we need economics driven by an ethos of caring. We need a caring revolution. ~ Riane Eisler

Peace is not just the absence of violence but the manifestation of human compassion. ~ The Dalai Lama

Love is patient and kind... love is not jealous, or conceited, or proud, or provoked. Love does not keep a record of wrongs... it is not happy with evil, but is pleased with the truth. Love never gives up... It's faith, hope, and patience never fail. ~ I.COR.13:4-6

We must become the change we seek in the world. ~ Mohandas Gandi

Another world is not only possible, she is on her way. On a quiet day, I can hear her breathing. ~ Arundhati Roy

Everything we think, feel, and do has an effect on our ancestors and all future generations and reverberates throughout the Universe. Therefore, our smile helps everyone. ~ Thich Nhat Hanh